Arrest and confiscation of Russian assets

During the war, Ukraine's direct losses from the Russian invasion reached $ 92 billion, and indirect losses - $ 600 billion.At the same time, there are still many people who continue to pay for the murder of Ukrainians with their decisions and money.

One of the effective tools to deprive the Russian economic base and compensate for the consequences of hostilities should be sanctions. And this could be a considerable income to support the army and rebuild the state. Imagine the property of all Putin's "wallets" and thousands of Russian occupiers.

The strength of the sanctions currently imposed on Russia is estimated at 8 out of 10 points.Unlike the assets of the Russian Federation as a state, the confiscation of Russian private assets is a lesser financial benefit, but a greater legal problem.It is clear that it is legal to confiscate the property of all those who are "rich and Russian" simply will not succeed.That is why it is important to choose the right legal basis and mechanisms to use this tool most effectively.

The Institute of Legislative Ideas analyzes the practices of international and Ukrainian legislation and models of confiscation of sovereign and private assets of Russians, their advantages and disadvantages.We monitor the management of confiscated assets. The Institute for Legislative Ideas advocates for confiscation best practices among other countries.We develop recommendations for state authorities of Ukraine and institutions of foreign countries.

We also investigate the legal features and consequences of granting the Russian Federation the status of a state sponsor of terrorism, particularly in terms of political and financial results for Ukraine. 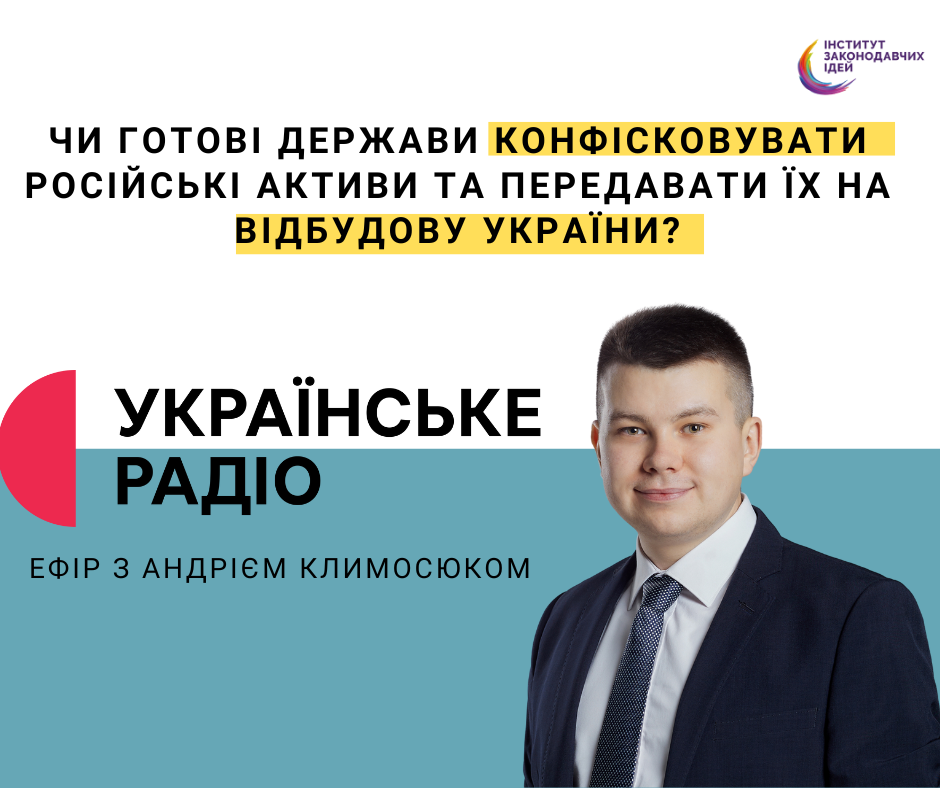 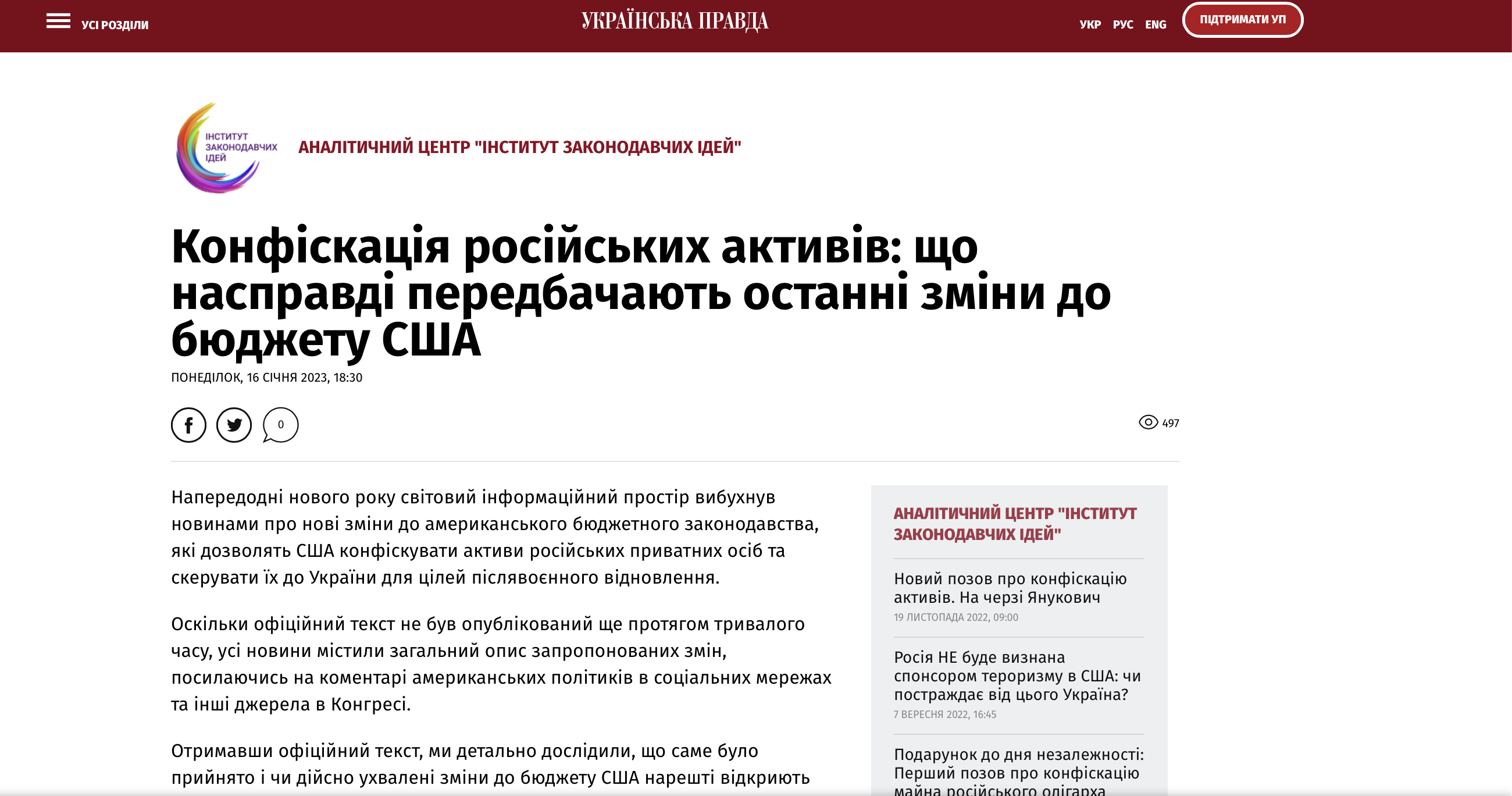 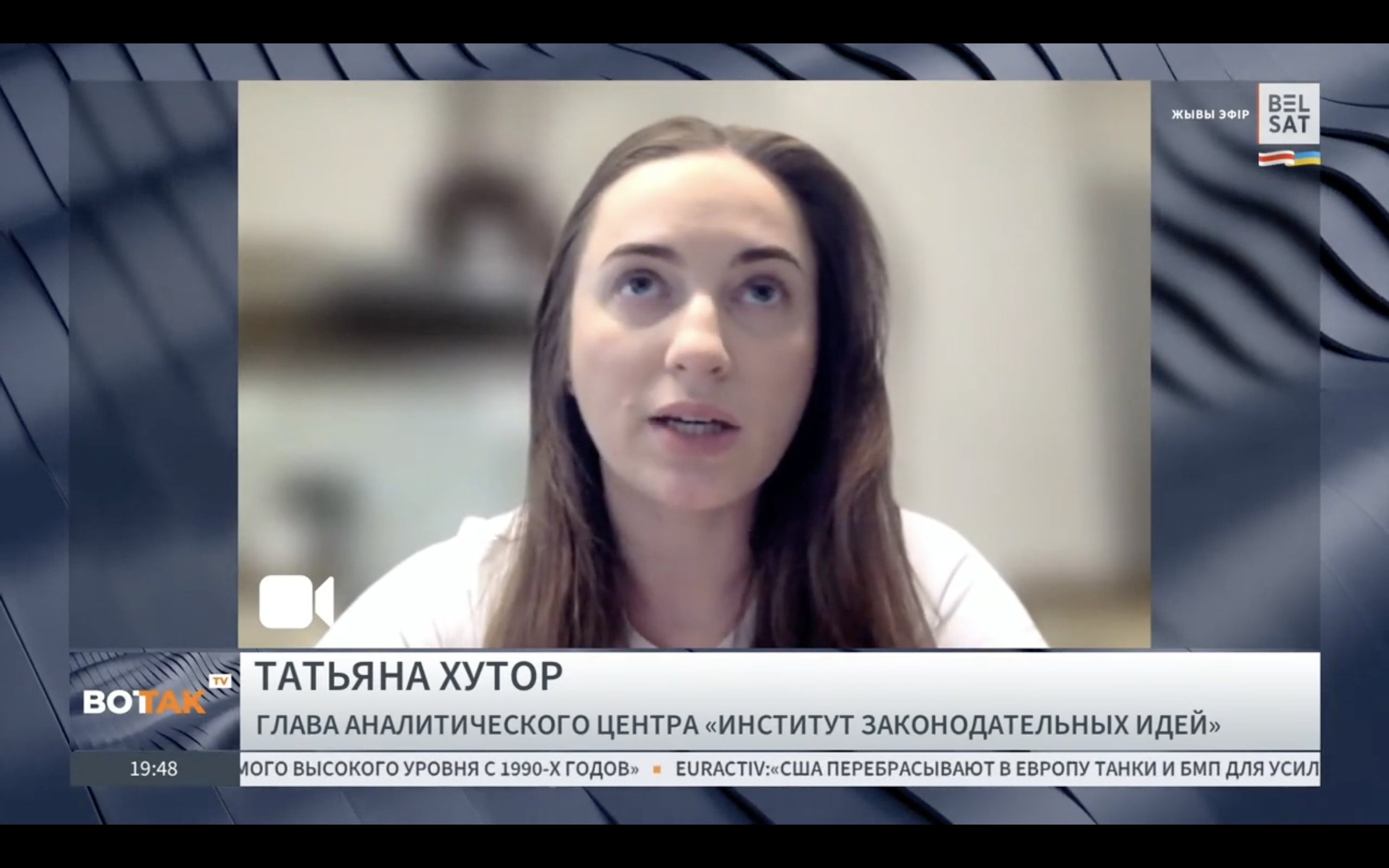 We will inform on a monthly basis about the most current events in the field of anti-corruption expertise.

We promise not to spam!

Thank you for wanting to join the team of the Institute of Legislative Ideas!

One of the employees of our personnel department will contact you in the near future.

You will be able to discuss with him all the working conditions and rules of the interview.

We wish you a good day and good mood!

Support
"Institute of Legislative Ideas"
With your contribution, you can now join the change in Ukraine's position in the world anti-corruption ranking.